Taking Back Time at St Barts next week

Taking Back Time at St Barts next week

St Barts is more than a Parish Church. It can claim to be our leading cultural centre with music and more. Not to mention being the backdrop to the world famous Pissarro painting.

All my time in Sydenham it has had to raise money to keep the nearly two hundred year old structure together. Currently it no longer provides the time for Sydenham. The clock mechanism needs to be completely overhauled or replaced. Next week are a series of varied events to help support that. Trust one or two may be of interest to you. Especially for none-churchgoers who may be unaware of its good acoustic or architectual gems. 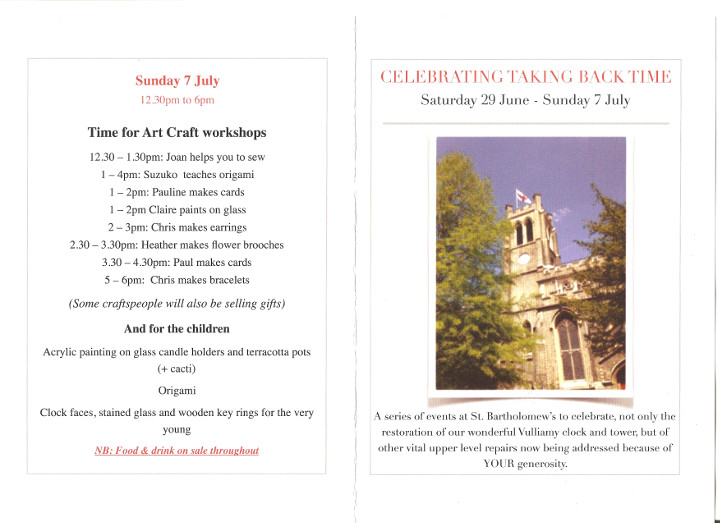 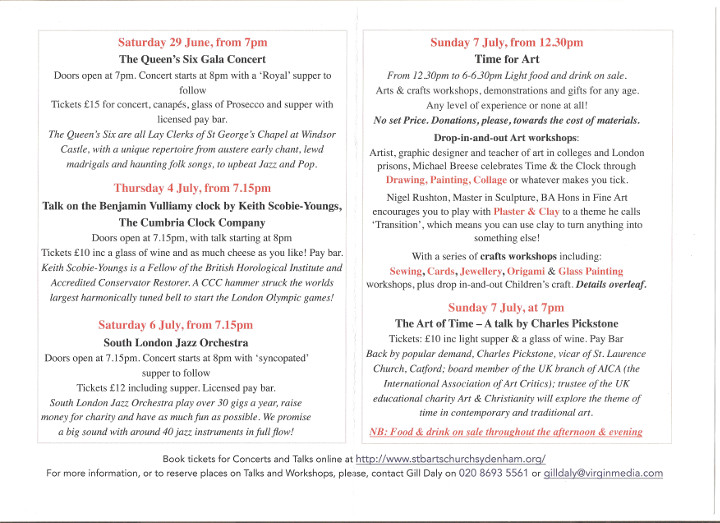 I and a fair number of Sydenham's Giitterati and even humble music lovers attended the open gala performance by The Queen's Six last night.

A memorable occasion starting with bountiful canapes to create a great social occasion whilst the singers dashed from performing Evensong in St George's Chapel at Windsor to Sydenham.

The concert started with traditional music dating back to Byrd, Purcell & Tallis. Expected and just an occasion to tune oneself into the distinctive voices of all six (2 x countertenors, 2 x tenors & 2 x baritone/bass). So far, so good.

Then we moved up a notch Glastonbury style as they morphed into spectacular arrangements of the modern era. Paul McCartney, Ben E King, Stevie Wonder - their music sung rather better and more imaginatively than even the treasured originals. Six can be better than one.

Then their finale [party number?] which was a mash-up of iconic anthems from Aretha Franklin, Gloria Gaynor and the Weather Girls. What can a bunch of reigning men add to that?

I'll just say when the original blue clockfaces are returned to the tower - it will be the face of Gloria Gaynor in a suit but even sexier will be all I see. Oh dear!

The performance was followed by a Right Royal Supper laid on by the ladies of the parish. Thank you for all those who gave their time to make it a great night. And giving back to Sydenham this beautiful and historic timepiece.

My wife and I were there too. Superb. And sooo camp.
Top

I wish I'd known about it. I'm supposed to be on their mailing list for concerts, but this one didn't reach me, I don't think.
Top
Post Reply
4 posts • Page 1 of 1