Victorian "Robot" at the Crystal Palace

Victorian "Robot" at the Crystal Palace

I've had reason tonight to have Automata [machines that work by themselves] on my mind, and remembered I hadn't yet posted this image.

It's of "Ajeeb" or "The Egyptian" - a chess playing automaton.

The first device of this kind, "The Turk" was built in 1770, by Wolfgang von Kempelen.

It toured Europe and America, beating Benjamin Franklin and Napoleon Bonaparte, before it was revealed in the 1820's to contain a human operator. Embarassed by it's success Von Kempelen went on to work on steam engines and ways of recreating human speech, inspiring Alexander Graham Bell to create the telephone.

The Turk, after many changes of human "director" and owner, disappeared in a fire on 5 July 1854 at the Chinese Museum in Philadelphia, just over a month after the Crystal Palace opened in Sydenham.

The Turk Mk II, was "Ajeeb" Arabic for "strange or unexplainable" built by Bristol cabinet maker Charles Hooper and first shown at the Royal Polytechnic Institute, Regent Street, in 1868. Again the secret was that he contained a human operator, and was at the Crystal Palace until 1876, when he moved to The Royal Aquarium in Westminster. Hooper then took him to the U.S., where he appeared the the Musee Eden in New York. Hooper returned to England in 1895, and most accounts report that Ajeeb disappeared in a fire at Coney Island in 1929 where the collection moved to when the Musee Eden closed in 1915.

This fascinating 1940's article from the New Yorker records that Ajeeb still survived in parts, with his eccentric owner keeping the wax head at home "smearing its eyelids with vaseline, massaging its cheeks and combing its long beard."

Re: Victorian "Robot" at the Crystal Palace 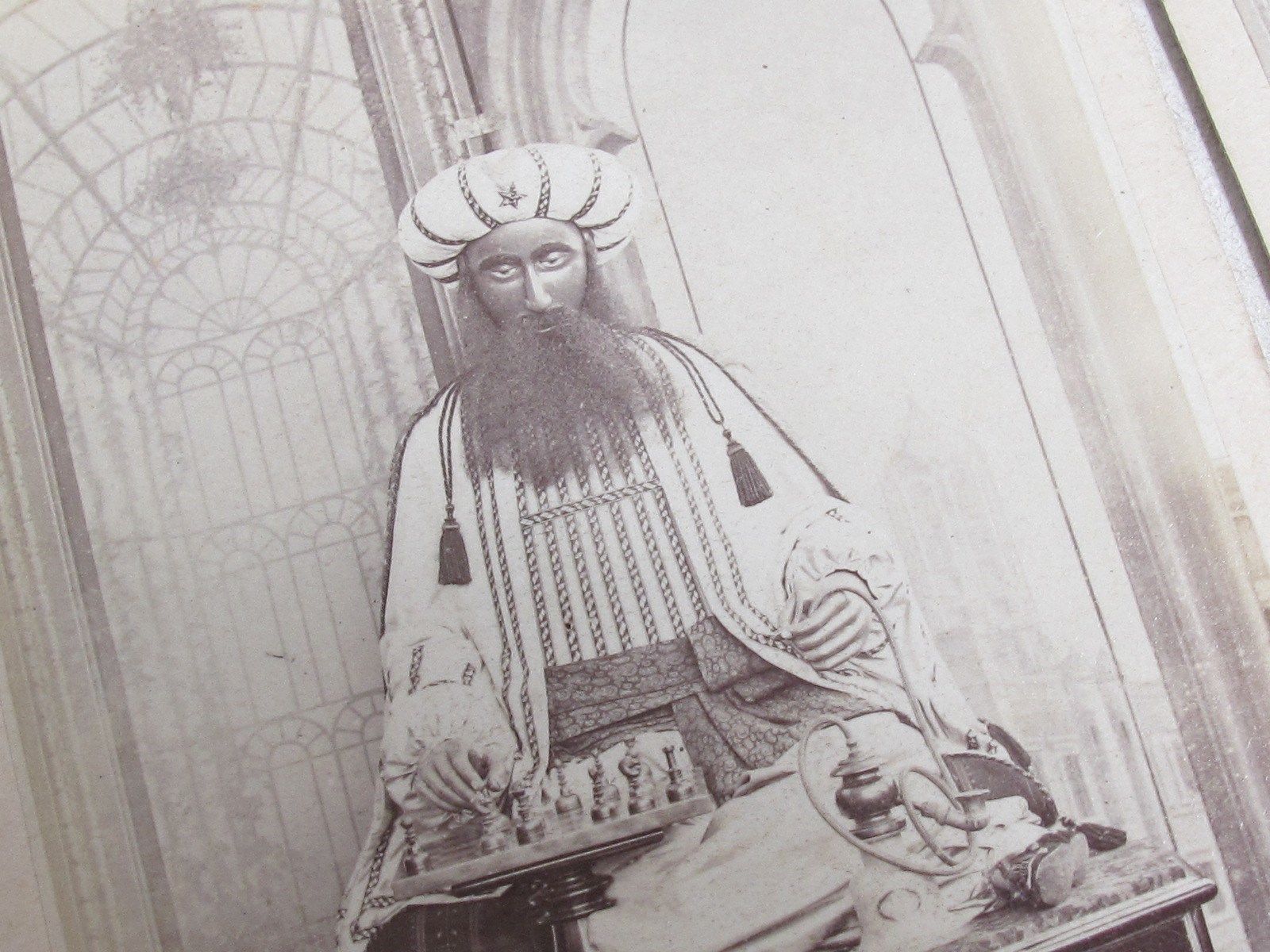 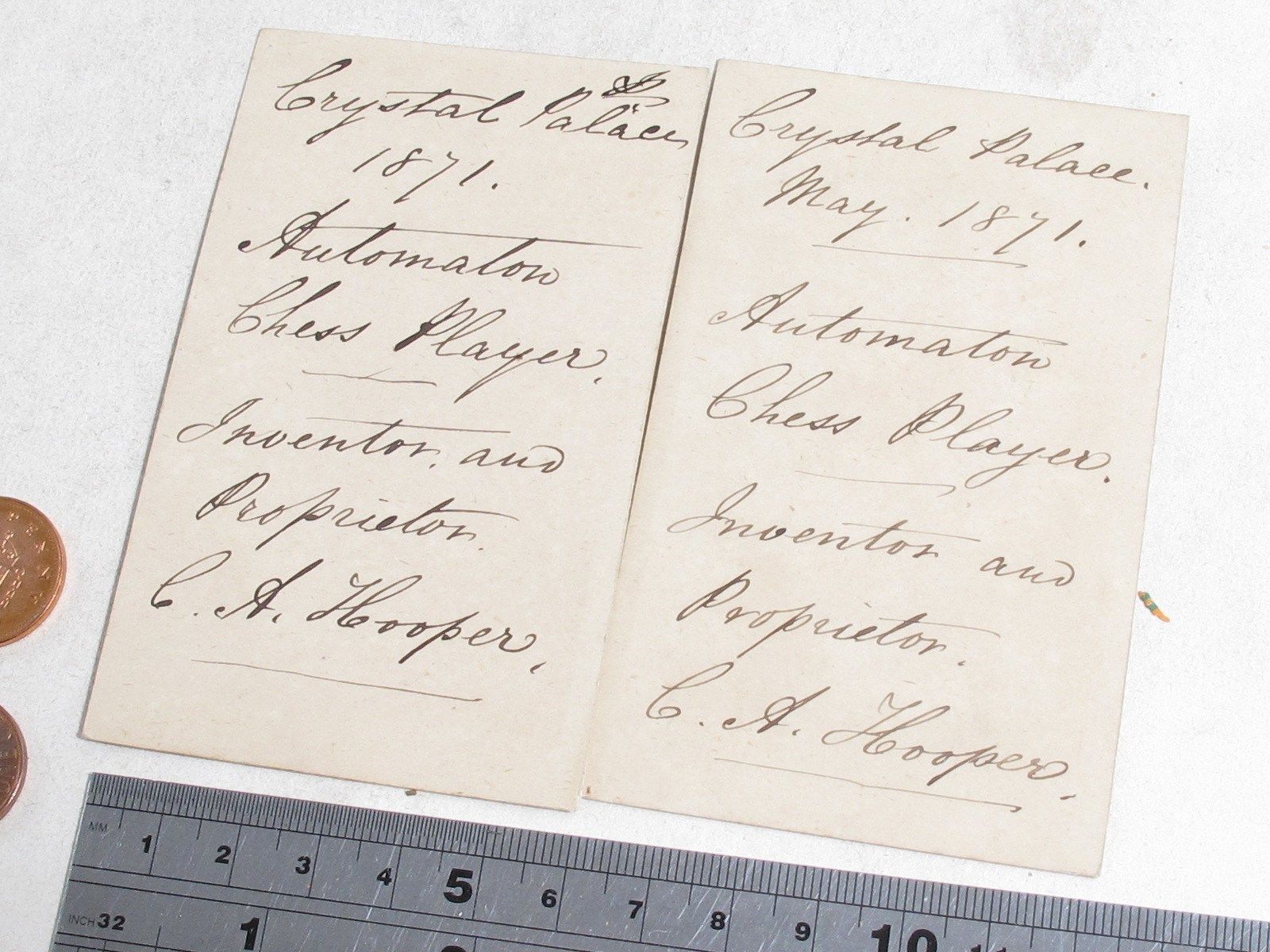 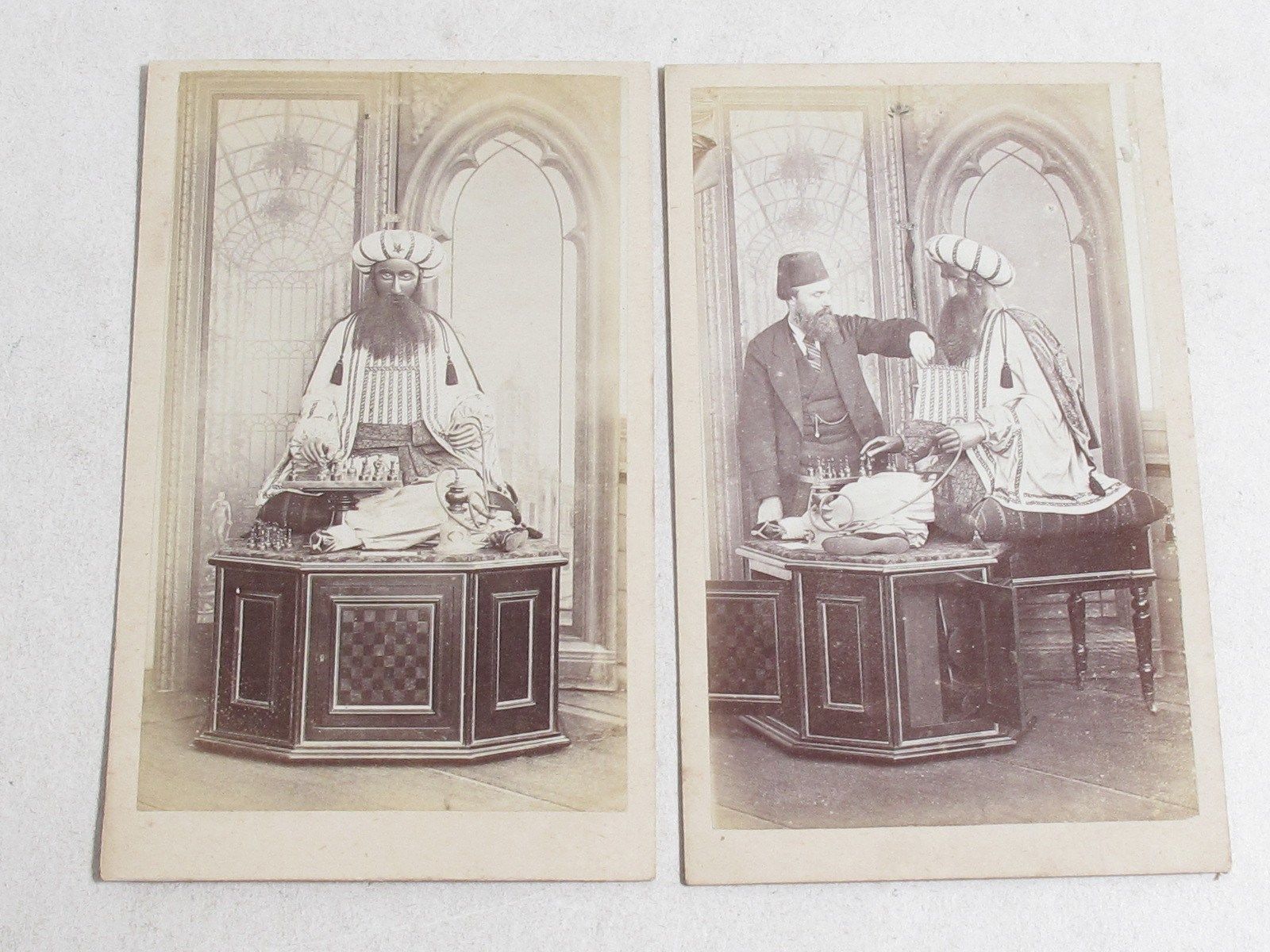 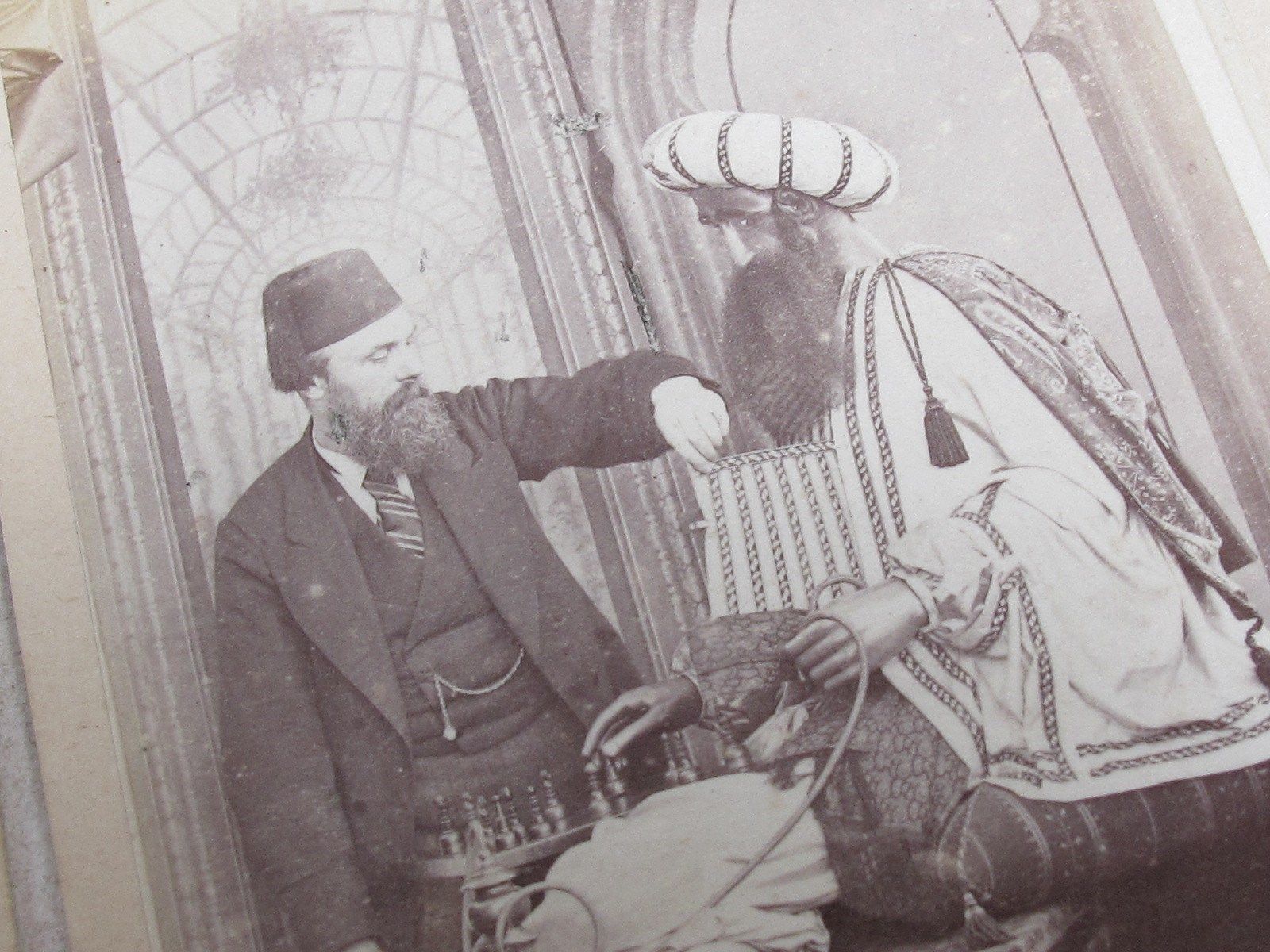